I made my debut on Internet television last week in a Google+ Hangout called Women Talking Tech. This weekly program is sort of a geeky The View where topical tech issues are discussed among hosts Bonnie Sainsbury and Margaret Reynolds and their rotating Vancouver guests, this time, Stephanie Scott and me.

So glad I tidied up my living room.

This was my first Hangout since Google unveiled the more unified system in May of this year, but it was not without false starts. I’d tried to download the necessary Google Voice and Video plugin on my old MacBook Pro, with its 10.6.8 operating system, and it failed relentlessly.

Being part of the Women Talking Tech hangout was only attained when I bought a long-needed, used MacBook that runs on OSx 10.8.4. Uploading the Hangout plugin was the first thing I did to test this two year-old machine, and the rest was a breeze.

Once I’d tested Google+ Hangouts with Bonnie Sainsbury, the show time came up so quickly I didn’t have time to create a Lower Third for my screen! A Lower Third is a banner to advertise your name and company that appears below your face and comes by way of an add-on app.

With Google Hangouts, you can have up to ten people yakking for free where Skype only allows a one-on-one conversation at no charge. If you want to conference on Skype, one person must have a paid subscription. 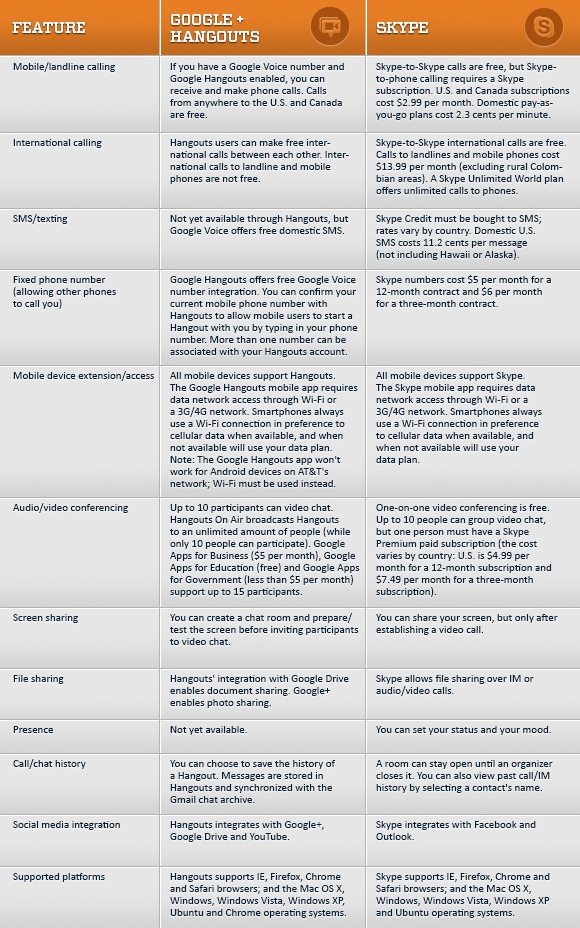 Clearly, the standout difference is how Hangouts integrates with Google’s other joint, YouTube. Set it to Broadcast and you can virtually air your talk show to the world. Then, the show is archived as usual at YouTube.

How cool is that?

There are a million uses for Google+ Hangouts other than talk shows. I could see using it for my WordPress Workshops. Concerts, cooking shows, yoga demonstrations, music lessons, where will it end? And what would you use Hangouts for?

Please tell me what your experience has been. And, please share this post with your friends as well as whomever you want to hang out with.