WordPress has just turned 9 years-old, which may not a diamond jubilee but is still pretty impressive. WordPress is the open-source communication management system that has helped make blogging a household activity and has had such an effect on online publishing that some of the world’s most popular sites run on it.

WordPress continues to innovate and inspire thanks to the ongoing work of Matt Mullenweg and Mike Little as well as all the theme and plugin developers who make their products available for free. Thanks to them, WordPress has spawned a huge following of users, Wordheads if you will, who are helping people to use this powerful platform through seminars, webinars, videos and blogs. It’s becoming a WordPress world.

I love being part of the WordPress community even though I sometimes feel a little late to the party. I’m embarrassed to say I didn’t start on working on Blogspot until 2007 and didn’t switch to WordPress until 2010. I don’t know, it just didn’t feel accessible until then. After reading the 2010 infographic to the left, I wonder if I may have been put off by version 2.9.

Two years later, I’m helping other bloggers get their WordPress on by tutoring them or hosting WordPress Workshops.

Sometimes, after a really good session, I feel like I’ve given a user the very keys to their survival and in an increasingly Internetted society, that’s not far from reality. There is no bigger sense of power as when you make technology work for you.

The next big milestone in WordPress history is version 3.4. The release candidate came out in May, so when the final bug fixes are made, the update will drop sometime this month.

Here’s what the WordPress Codex page http://codex.wordpress.org/Version_3.4 says are the highlights of 3.4:

HTML support has been added to image caption field.

Under the Hood improvements

All that sounds awesome, especially the theme controls and flexible sizing for custom headers. And the ability to put hot links in image captions is something I could have used in this post.

Did you know that since 2003 there have been 16 major WordPress version upgrades, roughly 2 per year, and each of these versions is named for a major jazz legend. Apparently, WordPress developers dig jazz, which makes me love them even more.

No news on who 3.4 will be named for, but I nominate Diana Krall – a Canadian and still living!

I’d love to hear your thoughts about the evolution of the WordPress world and how the platform has changed or improved your life.

I can safely say that WordPress has change mine.

More
How to Fix WordPress Errors and Keep Your Site Humming

7 Ways to Ruin your WordPress Website Without Really Trying 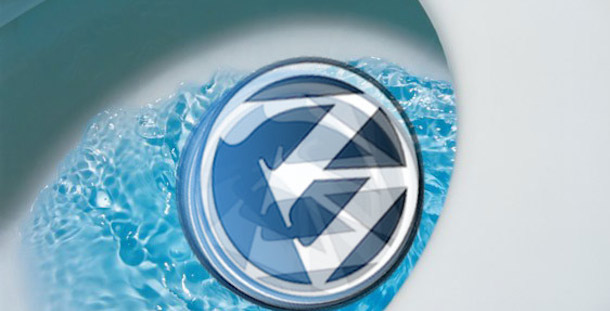 Laura Haskell, Evolution Healing Center
http://evolutionhealingcenter.com/
The Studio/ Blogsite Studio
“Mari changed the look of my website from “homemade” to professional in no time at all. She has an excellent working knowledge of WordPress and was able to tweak the little things on my website to make it look and function seamlessly. However, the best aspect of working with Mari was her ability to explain the complex intricacies of working with WordPress at a level that a new user such as myself could understand. I would not hesitate to recommend Mari to anyone who needs help learning how to use WordPress or wants to update their website.”
Mark Sekela, Author
http://marksekela.com
The Studio/ Blogsite Studio
"Mari Kane did an excellent job at helping me get my website up and online.She is very adept with Word Press and gave me numerous options while creating the site. Once we knew what direction we were taking she offered several inventive ideas. Mari is a good problem solver and came up  with quick and clever expedients. I’d definitely recommend  her services."
Howie Moscovitch, Producer, H2M Sound
http://howiemoscovitch.com
The Studio/ Blogsite Studio
"Mari Kane’s help has been indispensable in upgrading my online presence. You can put up a website and start a Twitter account and a facebook page, but then what? Mari understands how these platforms work and how to use them to their best advantage. All the details that will improve your search engine rankings and web crawl. How Twitter REALLY works. The difference that one word can make on your homepage. Discovering these things on my own would be either impossible or an incredible drain of my valuable time. Well worth it."
Bill Wertzberger, Winemaker, Wertzberger Wine
http://wertzbergerwine.com
The Studio/ Blogsite Studio
I love my new updated look and it is a big hit with our readers . Within the first week of launching the new MyVanCity.ca our site visits were up almost 5%. Page views are up and the bounce rate is down! The new look of MyVanCity.ca is everything I asked for and I love how it looks. The new design gives the website both a classic and current look that will serve me well into the future. I can’t thank you enough for everything you have done to create the new MyVanCity.ca website and making my WordPress easier to use. You have really upped our game with this new look!
Valerie van der Gracht, Publisher, My VanCity
https://myvancity.ca/
The Studio/ Blogsite Studio
“Mari has helped several of our park partner groups create new websites. She’s great at explaining technical stuff in layman’s terms. She’s efficient, responsive, helpful – and very patient working with people who don’t have expertise in website design!”
Jeff Rotin, Metro Vancouver Regional Parks
https://keeps.org
The Studio/ Blogsite Studio
"The way Mari Kane laid out our site, made it accessible, and showed technophobic members how easy it was to communicate with each other has made our group more cohesive. She then converted our old HTML public site to mirror the members-only site, so we have a public site and a private site that share the right information between them. Additionally, hooking both sites to Facebook, Twitter and Paypal has streamlined our promotional efforts and our revenue management. Mari has brought our 23 year-old writers group into the 21st Century and I would recommend her to anyone who wants to effect a similar change."
Pat Evans, Secretary/Co-Chair, West End Writers Workshop
http://wewriters.org/wp2
The Studio/ Blogsite Studio
"Mari designed a beautiful site that graphically represents the travel experience using a theme that allows us to showcase our photography. She listened closely and found the solutions we needed to present the information the way we wanted it. Additionally, thanks to Mari’s thorough training skills, our members are now able to design and create their own profile pages as well as post to their heart’s content. I would whole-heartedly recommend Mari for both designing sites as well as training users on WordPress."
Karoline Cullen, Treasurer, British Columbia Association of Travel Writers
http://bcatw.org
Tell us about your dream site!
Scroll back to top