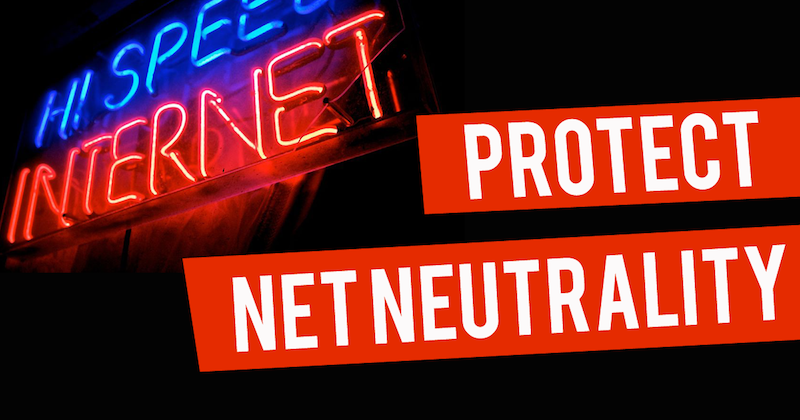 If you have a website, contribute online content, work online, or simply care about the future of the Internet, you absolutely must protest the FCC’s impending repeal of Net Neutrality rules!

Net Neutrality is the principle that Internet Service Providers (ISPs) must treat all data on the Internet the same, and not discriminate or charge differently by user, content, website, platform, application, type of attached equipment, or method of communication.

In other words, Net Neutrality prevents ISPs from intentionally blocking, slowing down or charging money for specific websites and online content. They hate that.

This was long hard fought battle against the wishes of the big ISPs and everyone was happy until Donald Trump was elected.

In April of this year, the Trump-appointed FCC Chairman Ajit Pai proposed scrapping the 2015 Net Neutrality rules under the deceptively titled Restoring Internet Freedom Notice of Proposed Rulemaking, (WC Docket No. 17-108) in order to give broadband service providers sweeping power over what content consumers can access.

The FCC plans to vote on the change on Thursday, December 14!

What that reversal would means for you, dear small business website owner, is that in the near future you will have a harder time getting your message to the world unless you pay up, big time. If you have put a lot of time and money into optimizing your site, it will all be wasted unless you pay the networks not to throttle your service.

This Restoring Internet Freedom will lead to paying for free speech! It’s a mafioso-like concept that could become the new reality online.

It’s quite possible that repealing Net Neutrality will cause your website to lose traffic!

The FCC is accepting comments about WC Docket No. 17-108 at their site

By noon on Monday, December 11, they’d received over 23 million comments. 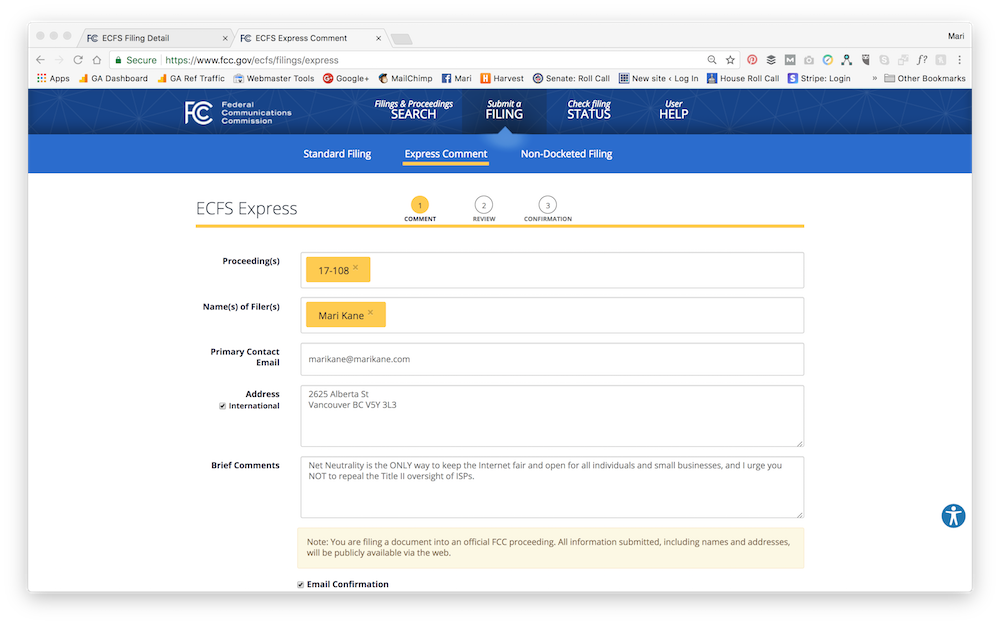 Unfortunately, so many people have submitted the copy-and-paste comment, “I strongly support Net Neutrality backed by Title 2 oversight of ISPs,” that the committee may choose ignore them as bots.

That’s why you should write your own comment in your own words about how a free and open Internet is important to you.

If you need more ideas, go to Battle for the Net where there are lots of tools for connecting with Congress.

Using their form I was connected to my Michigan congressman, Paul Mitchell, and a real person answered!

I simply told her to ask the member to call the FCC to oppose repeal of the rules.

Right now, I said. He should do it immediately! She said she would pass along the message.

Most often you will only speak to your rep’s answering machine, but that’s ok. Call him/her now.

Battle for the Net is also calling to Break the Net by placing alerts on your web sites to show your visitors what an un-neutral Net looks like and to encourage them to contact the FCC and representatives about preventing it.

Here is a script you can place in the header of your site:

Battle for the Net says, “None of these will actually block, slow, or paywall your site,” so please place them now!

So if you do nothing else to contribute to society, protesting the repeal of Net Neutrality is one thing YOU MUST DO!

Thanks for reading and may the Internet gods smile on all of us.