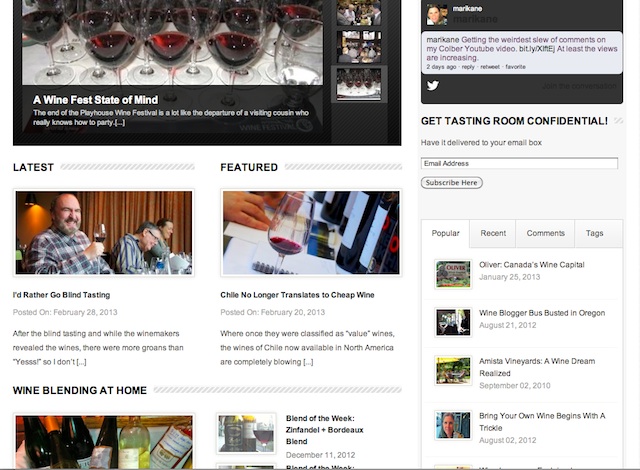 Never underestimate the importance of Featured Images. Formerly known as Post Thumbnails, a Featured Image represents your page or post to the world, like the cover of a book.

Unlike images that are inserted onto the page or post, Featured Images will move around your site and appear on everything from the front page slider to the wee thumbnails that appear in Recent Posts lists.

It’s never too soon to think about Featured Images. Even if you have a basic site now and you don’t think you’ll ever need them, it’s still advantageous to designate the lead picture as featured.

And it’s a good idea to upload all your images in a large enough size to be featured someday. Who knows, one day you might want to upgrade from that simple free theme to a complicated magazine-style premium theme.

Easy to be Featured 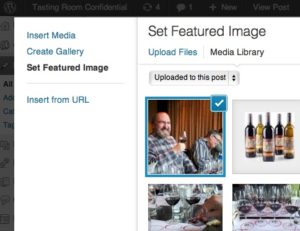 In Edit Post, one used to take a separate path to Set Featured Image than Insert Photo, but WordPress 3.5 has merged the two. You can now hit the Add Media button and choose to Insert Image, Set Featured Images, or even Add Gallery – all from the same window.

Clicking the drop-down to Uploaded to this Post makes the task that much faster. Before setting the image as Featured, be sure to set the size in Insert. 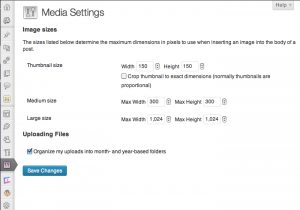 If you are just launching a blogsite, start it right by uploading large photos. Too big is always better than too small, especially later down the line when you want to make better use of your posts.

Images that live in your Media Library are uploaded in three sizes according to what is set on your Settings>Media Settings page. The default maximum widths are 150, 300, and 1024.

If you tend to upload big photo files, just keep it up. Most slider images require 600 pixels wide to 900 px.

When exporting from iPhoto, I use the Medium size, Medium Quality setting for Tasting Room Confidential. That produces an image that is 640 x 478 px with 72 res, perfect for the London Live theme

UPDATE: Since version 3.9 you can now drag and drop images into the Edit box.

Using lead photos and graphics will add interest to your blog posts and must be included each time. Making those images big and featured will help them stay current on your blog no matter where you take it.

Have fun with them!

1 thought on “The Importance of Being a Featured Image”