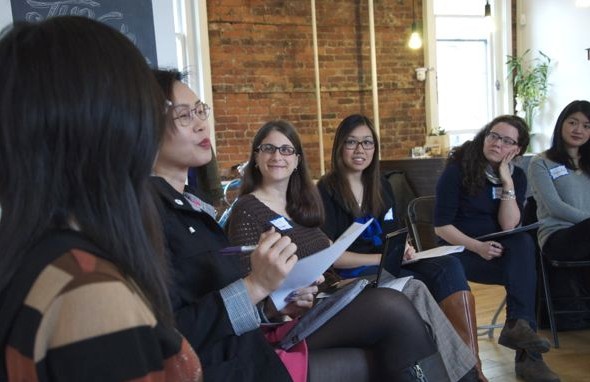 What do WordPress Women Want?

It was hardly a bra-burning at the first Women Talking WordPress Meetup in Vancouver, but it did feel like a gentle uprising among the feminine side of the WordPress community.

Being an old school feminist, I kinda felt we should’ve started with a hearty chant:

What do we want?

When do we want it?

At the next WordCamp!

Our issue is that there are too few WordPress women speaking at WordCamps and Meetups. This despite the generally high attendance of women at these industry gatherings. And that irks us to no end.

I’ve pointed out the issue of gender discrepancy on this blog before, and it’s been written about by other women and men. But now it appears the imbalance between men and women WordPressers is on the verge of tipping.

WordPress Women are doing it for themselves

Women Talking WordPress was organized by Jill Binder, Vanessa Chu, and Kate Moore in response to growing complaints of under representation at WordPress events. 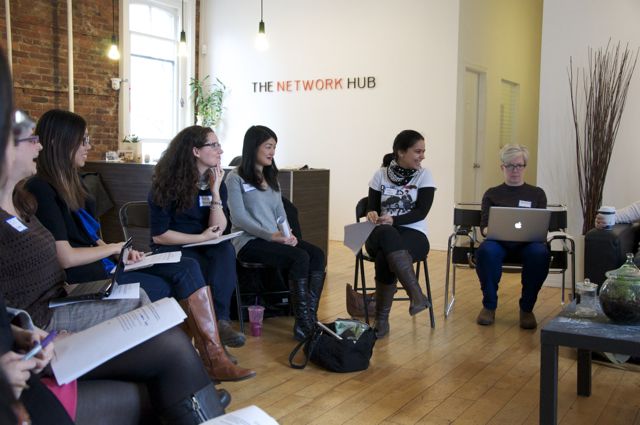 They said that groups in other cities are holding similar Meetups to empower women WordPressers. Some of those groups have experienced backlash, but here in Vancouver – we agreed – the WordPress community is more progressive. Only one guy tried to sign up, but he apologized for not reading the page.

They emphasized that WordCamp organizers would love to present women speakers at events. The problem is that too few women are submitting proposals to speak.

The reason women shrink from the spotlight is almost always based on fear. That was the topic of a ten-minute therapy session in which a number of insecurities were raised and rebutted, like:

– Being an “expert” WordPress speaker is a myth; you don’t need to be a certified expert to speak on a topic you know about.

The audience knows more than me so what can I say?

– Nobody knows everything about everything, and someone will always learn something from you.

People won’t like me because I’m not charismatic enough.

– Just because people in the audience look bored doesn’t mean they won’t respond. Someone always does.

I can’t fit in the presentation format that every else is using.

– Organizers are open to any original ideas for presentations, including splitting the allotted time.

What would I do if someone asks a question I can’t answer?

– You can say you don’t know, put the question off until later, or put it to the audience to answer.

What if an audience member shoots down one of my points.

– Have a snappy comeback and know that the attack is about the attacker, not you.

A man will condescend to me about being a woman working in the tech industry.

– Show your passion for code and don’t defend yourself.

Part of the problem with taking your place at a WordCamp podium is figuring out what to say and how to deliver it. How exactly do you put together a presentation that a bunch of geeks are going to want to hear?

The good news is that there is no single way to present and organizers can be very open to innovation. So, be creative.

Among the possible formats are:

Jill suggested that you don’t have to be an expert to talk about something, you just have to know more than the beginners.  Her mantra is, “In the land of the blind, the one-eyed person is king”

The rest of the time was spent brainstorming presentation ideas and pitching them to the group. 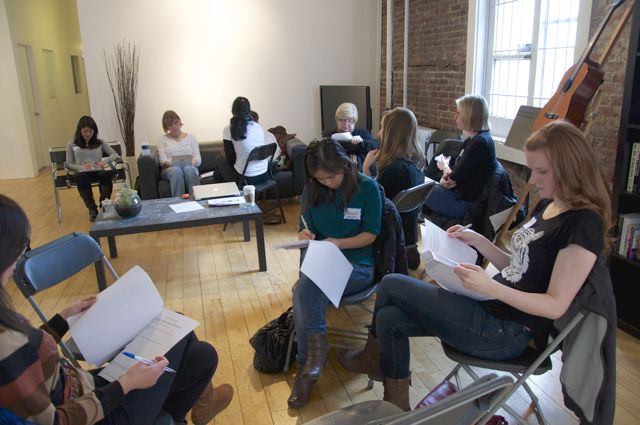 As we sat quietly in the lobby of The Network Hub, scribbling notes for pitches, we were distracted by the booming voice of a guy down the hall. Even Kate’s gentle request for silence fell on his deaf ears.

It seemed ironic that the thoughts of women trying to speak up should be drowned out by the big mouth of an oblivious man. So typical!

But that loudmouth did nothing to stifle the enthusiasm of the women in attendance. After the brainstorming, we refined our lists  to ten talking points, chose one of them, created an outline, and then practised presenting our outlines.

In the end nine women signed up to continue working to further this female agenda.

Jill said the feedback was overwhelmingly positive. “People were glowing and excited to start speaking!”

But the reality and optimism for WordPress Women was best summed up by Vanessa, who said,  “WordCamp and Meetup organizers are open to ideas. If you feel like you want to do a talk at any of those events, just pitch it.”

Is there a WordPress Women uprising in your area? If so, please tell us know about your approaches and results. And, stay tuned here for more updates.

Mari Kane is a Blogger and WordPress Consultant living in Vancouver, BC. When she's not designing WordPress blogsites and helping people with their own, she blogs on her other site, Tasting Room Confidential.com, and web masters for the BC Travel Writers at BCATW.org. Please follow her on Twitter @blogsitestudio and Like her on Facebook. 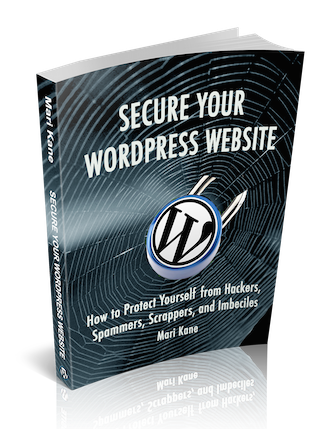